Martindale Hall is a unique Georgian style mansion located near Mintaro in South Australia. Comprising of some 32 rooms, it was built for a wealthy pastoralist, Mr Edmund Bowman Jnr and was completed in 1880. Edmund Bowman Jnr was a bachelor. The building was designed by London Architect Ebenezer Gregg. Supervising Architect was Mr John Woods of Adelaide and the builder was a Mr R Huckson.

Due to the specialist nature of the work involved, 50 of the 60 tradesmen engaged were brought out from England for the project and returned upon its completion, no mean feat in those days, and imagine the expense! The Hall had 32 rooms, a cellar of 7 rooms and its grounds included a polo field, a cricket pitch, a racecourse and a boating lake. (The property was cameoed in the film Picnic at Hanging Rock) 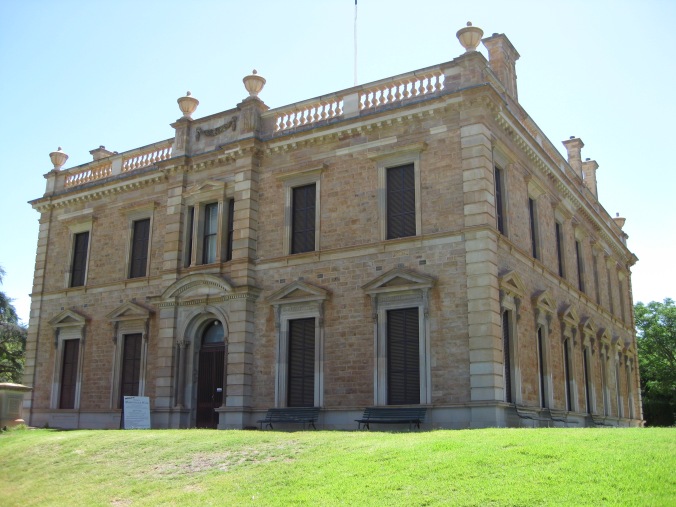 Bowman was forced to sell a decade after its construction due to debt and drought. The Mortlock family, through its patriarch William Tennant Mortlock, purchased the property in 1891. His son John Andrew Mortlock developed an impressive collection of fine art. His wife, dying without heirs, bequeathed the property to the University of Adelaide in 1979 upon her death.

It had been registered on the now defunct ‘Register of the National Estate’ on the 21st of March, 1978. In 1980, it was listed on the 24th f July as a State Heritage place on the South Australian Heritage Register.

The University passed ownership of the property to the State Government in 1986. In retrospect probably an unfortunate decision.

On 5 December 1991, the land on which the building is located was proclaimed as the Martindale Hall Conservation Park under the National Parks and Wildlife Act 1972 for “the purpose of conserving the historic features of the land”.[9] From 1991 to late 2014, the property was managed under lease as a tourism enterprise, offering heritage accommodation, weddings and other functions, and access to the grounds and Hall to day visitors. The property is currently managed by the Department for Environment and Water, which in August 2015 received an unsolicited bid for the purchase or long-term lease of Martindale Hall.[10][11] by the National Trust of South Australia.

In recent years, the South Australian Government has been the Marshall Government. It has positioned itself as ‘pro development’ resulting in a number of skirmishes with the Heritage movement and Adelaide City Council. 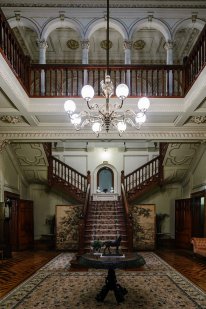 Martindale Hall represents a simply outrageous, audacious plan to open up the property to development, somewhat puzzling as Mintaro is located in the Clare Valley, 136.1 km from Adelaide. Development would be entirely dependent on the wineries of the district. 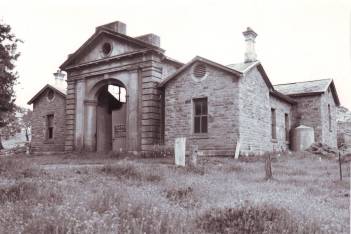 It’s how this development has been proposed that beggars belief. From South Australia’s Heritage Watch website…

In February, the State Government’s secret plan to repeal Martindale Hall’s conservation park status and extinguish the charitable trust protecting the historic mansion and grounds was made public.

Such a move opens the door to privatising this priceless public asset, gifted in trust for the people of South Australia by the University of Adelaide in 1986, continuing the spirit of the Mortlock family’s original bequest.

If successful, the Government plan would:

The issue was a heated point of debate at our Valuing Our Heritage Forum on Thursday 15 February, with the Minister for Sustainability, Environment and Conservation Ian Hunter claiming the current trust is an obstacle to any sustainable development of Martindale Hall. “There is no ability to do anything to the site,” Environment Minister Ian Hunter MLC said at the forum. “If we had any plans to open it up for private investment we can’t do that without changing legislation.”

However such an extreme move cannot be undertaken lightly, especially when other advice apparently contradicts the Government’s view that legislating away the site’s protections is only way to secure its sustainable future.

“Martindale Hall is a special building worth protecting – the Minister’s advice was the park and charitable trust prohibits revitalisation,” Opposition Spokesperson David Speirs also said at the forum. “Other advice may say otherwise… the property has huge potential, needs to be unleashed”

Extinguishing the trust and Conservation Park would be an unprecedented move that could cast a shadow over similarly bequeathed treasures like Carrick Hill, undermine the confidence of future donors and philanthropists and betray the very premise of Martindale Hall’s original donation: that it should be “preserved as a place of heritage significance for the people of the state”.

It’s clear that the public overwhelmingly opposes any privatisation of this important piece of our history. Now more than ever, we need your voice this election season to help make sure all parties and candidates commit to keeping Martindale Hall in the hands of the South Australian people.

Read the full article in The Advertiser here, contact your local member or candidates and join our campaign here. The results of a recent public survey on privatising Martindale Hall can be seen here: 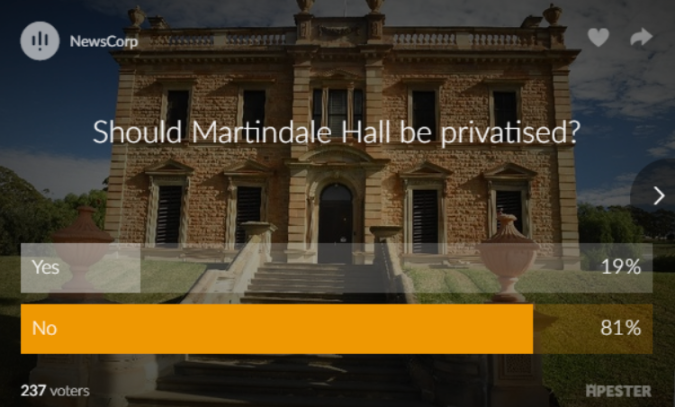 Martindale Hall remains an asset of the South Australian Government. It is currently under contract and is maintained with care and appreciation by a local couple who also operate the Mintaro Maze.

The key aspect of this story for us was the willingness of a State Government to actually change legislation and to abolish conditions set by a charitable trust. It points to the fact that Australia-wide there are Government inactions – and actions that not only undermine immediate Heritage values and rulings, but also set unpalatable precedents for future winding back of heritage values on simply irreplaceable properties and heritage sites. 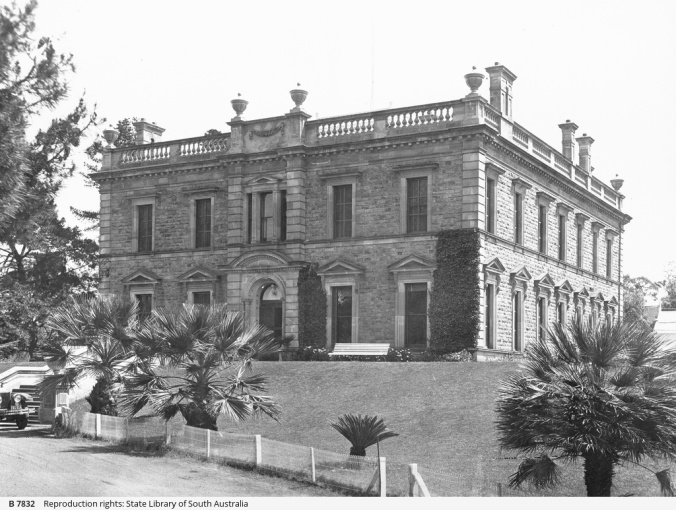 What we should be expecting from responsible Government bodies and authorities is exactly the opposite to what very nearly happened at Martindale Hall but for the vigilance and passion of South Australian and local Clare Valley heritage groups.

The intricate Nareeb Gates might have caught your eye while strolling through Melbourne Gardens D Gate entrance – highly decorated, they stand out amongst the more modest entrances to the gardens, and this speaks to their colourful history spanning decades – and oceans!

Originally built in England, the gates arrived in Australia, where they stood for over 60 years at Toorak’s grand Nareeb estate. Constructed in 1888, Nareeb estate was designed in an Italianesque style by architect William Salway, and built for Piano Manufacturer Charles Beale, who hosted many extravagant parties within it.

The estate was truly grand, boasting 34 luxurious rooms including an ornate entrance hall, smoking room, music room, sewing room, and considering Beale had 13 children, not an insignificant amount of bedrooms!

When Nareeb estate was auctioned off in 1965, it still operated using a gas-powered lighting system and so did its gates, the most eye-catching feature of which are the vibrant gas lamps adorning each post. When the property was demolished in the late 60s, the owners bequeathed the Gates to the National Trust of Australia, following which they were erected at the D Gate entrance, and officially declared open in November of 1967.

In 2019, the lamps adorning Nareeb Gate’s glorious posts are no longer functional, and the Gardens are hoping to light them once more, albeit with a more modern ‘flame’! With your help, we can restore Nareeb Gates and other heritage gems in Melbourne Gardens to their former glory so they can be enjoyed by future generations for years to come. Your donation can see to a Gardens rich in character and charm we head in to the future.

Balance Architecture were pleased to assist the Royal Botanical Gardens in providing material for the article featured here.

You can read about Nareeb, Armadale and Heathfield, Grand Mansions of Melbourne now demolished here. 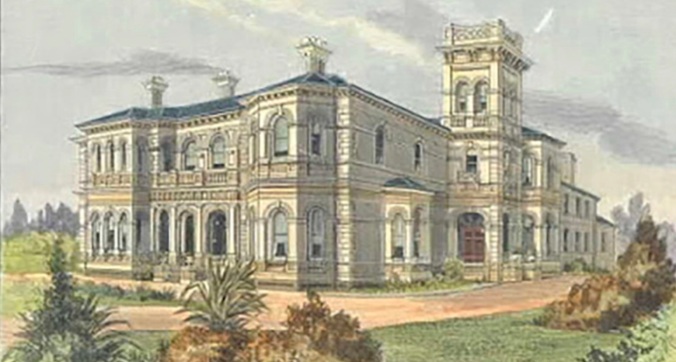 Heritage is of vital importance to our community, our city and the destruction of these grand masterpieces in less than 150 years probably indicates that at the time, our appreciation of such Architecture and its historical importance was of lesser importance than it should have been.

So as you pass through those beautiful elaborate gates at the Botanical Gardens D Entrance, take a moment to be wistful and transport yourself back to 1888 as Charles Beale, Piano manufacturer first strolled through them on his evening walk. But now you may ‘take the airs’ yourself as you enjoy one of Melbourne’s most renowned Heritage treasures – the Royal Botanical Gardens.