When settlement commenced in Victoria, the new colony had very little to offer in the way of building materials. This week we first review some of the innovative solutions implemented by the early settlers, and then nearby the extravagance afforded by the twentieth century. From slab construction using local timber to mock American Colonial. Four different properties – the Heights in Geelong’s Newtown, the McCrae Homestead at McCrae on the Mornington Peninsula, the Briars at Mt Martha (with its Napoleonic connection) and finally Mulberry Hill in Langwarrin South.

The Heights represents the largest prefabricated house built in Victoria (we’d suggest up until recently). It was built in Germany for businessman Charles Ibbotson. Ibbotson was in fact one of the initial partners in the famous Dalgety wool and produce agency and in 1850 or thereabouts was appointed the colonial manager of the company’s operation based as he was in Geelong.

Ibbotson was integrally involved in the development of the Geelong Botanical Gardens amongst other publicly minded services he supported. The house was originally built on two acres with Ibbotson acquiring sixty adjacent acres to complement this initial purchase.

The house was actually completed (the portable wooden house) in 1874. Naming it the Heights, it featured wide verandahs, bay windows, stables and a large water tower. A billiard room was added in 1875. 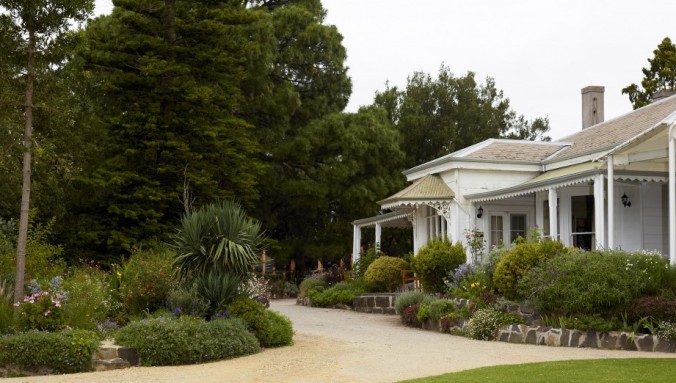 The German manufacturer was Mr Frederick Bauer. It remained in the ownership of 3 generations of the one family – the Ibbotsons – until 1975 when it was bequeathed to the National Trust. the house is open on Sundays from 1pm until 4pm. Trust members can attend for free.

Across the bay at McCrae a different approach was taken by Lawyer Mr Andrew McCrae and his wife Georgiana, an artist. The homestead was constructed in 1844 and is a rare example of drop slab construction. It was built using local timber – messmate, stringybark (Eucalypts) and wattle (Acacia). The technique was often called ‘Wattle Daub’ at the time of its construction.

The homestead, now 173 years old, is the second oldest of Victoria’s oldest houses. Originally it was the primary dwelling on a very large lease – the Arthur’s Seat Run which comprised over 20,500 acres or over 33 square miles.

Georgina McCrae was the ‘illegitimate’ daughter of the 5th Duke of Gordon (oh my!). She was a very talented artist and a dedicated diarist. The McCraes were one of 6 pioneering families that established properties on the Mornington Peninsula .

Today the property now features a visitors centre with two galleries offering insight in to the works of Georgina McCrae, her life and family and the memorabilia of the descendant Burrell-Twycross family who lived at the homestead from 1851-1926.

The homestead has been restored with many of its original features and includes furniture, art and objects from the McCrae family, giving an insight into the lives of Scottish immigrants as pioneering settlers of Port Phillip district at the time.

The homestead is open to the public on Sundays between 1pm and 4pm, but closed July and August.

Georgiana McCrae’s descendants sold the property to the National Trust in 1970.

A little closer to Melbourne, just off the Nepean Highway at Mt Martha, another very interesting homestead is located. The Briars Homestead was constructed in 1854 by Alexander Balcombe (Driven down Balcombe Rd in Beaumaris? Now you know!) 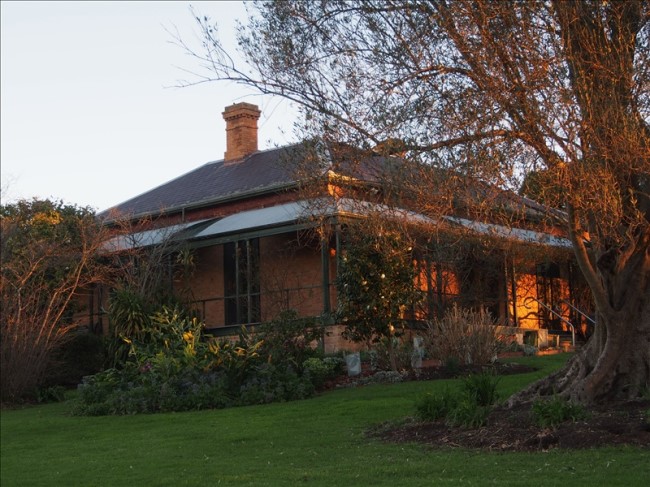 Mr Balcombe had unsuccessfully tried his hand at the Gold Diggings and upon purchase of the property he set about cultivating 40 hectares of vineyards. Alas, also unsuccessful. Balcombe was born on the island of St Helena whilst Napoleon was exiled there, his father having business dealings with the former French Emperor. Napoleon stayed with the Balcombe family whilst his own residence ‘Longwood’ was completed.

The Briars is considered ‘the Mornington Peninsula’s foremost property’.

Balcombe erected the pre-fabricated ‘Hutch’ when he arrived in 1846. He added a ‘South wing’ in 1850 and the ‘North wing’ in 1855. The property remained in the possession of Balcombe’s descendants – the Murphy and A’Beckett families until 1976. That year descendant Richard A’Beckett sold 220 hectares to the Shire of Mornington and gifted the remaining 8 acres, including the Briars Homestead , its lawns, trees and remaining outbuildings jointly to the National Trust and the Mornington Shire.

The Briars at one stage had over 40 buildings on the property with 17 remaining. The Homestead is a conglomeration of different interconnected buildings of different styles and construction periods.

The timber west wing is a vernacular weatherboard cottage, with a skillion on the north side and a verandah along the south, originally with a hipped shingle roof, now covered with corrugated iron and extended. The south wing is a narrow brick building with a symmetrical plan form and a central recessed verandah along the west side flanked by small rooms at each end. The almost square north wing is of brick with a hipped roof and an encircling verandah, altered in the late nineteenth century, on to which the rooms open through French windows. The Edwardian red brick east wing originally contained one very large room, used as a dining room. It has none of the flamboyance usually associated with the Edwardian period, but reflects the simpler architecture of the older north wing. The kitchen addition to the east wing is of asbestos cement. Nearby surviving outbuildings include a small brick building, probably built between 1857 and 1862, clad with corrugated iron at one end, and with a hipped metal roof, which once contained a laundry and dairy; a concrete block apple store, built in the early twentieth century; and further away from the house the early brick stables and barn. Remnants of Balcombe’s garden, including some mature trees, survive, and the homestead stands amid an unspoilt picturesque rural landscape.

The Briars can be visited 7 days of the week all year round.

And lastly we visit Mulberry Hill. Described as an American Colonial style home, it was designed by Harold Desbrowne Annear, a renowned architect of the times. Amongst other works he was credited with were the Federation Arch on Princes Bridge Melbourne in 1901 that celebrated the establishment of the Australian Federation and the visit of the Duke and Duchess of York.

He was a pioneer in developing smaller ‘suburban size’ houses, his most notable being the Chadwick Houses on the Eyrie in Eaglemont. But this home was somewhat more grand – more in line with his earlier constructions of Beleura in Mornington and Cranlana in Toorak.

Mulberry Hill was the home of Sir Daryl Lindsay, the Director of the National Gallery of Victoria from 1941 to 1956. These days however his wife Lady Joan Lindsay is somewhat better known – as the author of the famous mystery novel and film ‘Picnic at Hanging Rock’.

The House, its contents, a collection of Australian Art, Georgian Furniture, glassware and Staffordshire ceramics was bequeathed to the National Trust by the Lindsay’s in 1984 upon their passing. 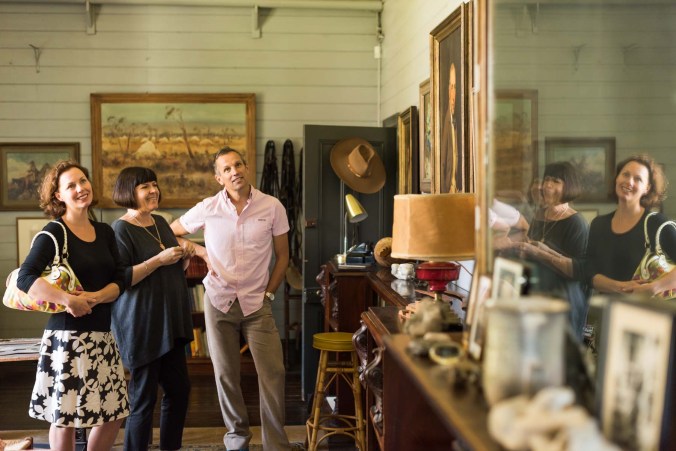 Mulberry Hill was developed from a simple late 19th Century weatherboard cottage into a stylish and rather grand residence that featured a scenic circular porch with slender columns and long white shutters. Materials were reclaimed from earlier Melbourne mansions through ‘Whelan the Wrecker’ for its construction.

The property is open to the public from 11am to 4pm from September until June. A small entry fee applies.

Spring is nearly upon us and these wonderful treasures are available for all to see. It’s of real interest to see the development of building and construction in the ‘Colony’ and by viewing these remarkable homes it’s possible to trace the development and expansion of colonial extravagance when much larger more expensive mansions were constructed in the late 19th Century.

Heritage Listings give a window into our past. We must continue to protect them and the buildings we treasure.