With Easter nearly upon us, thoughts turn to where to head for a break. A favourite destination for many is the town of Daylesford, about 100km west of Melbourne. Gold was discovered on Wombat Flats, now deep below Daylesford Lake, in 1852. These alluvial deposits were the forerunner to deep quartz mining, which continued until the 1930s. Gold – the foundation of another heritage town, in this case providing the bounty that built the magnificent buildings of Daylesford and Hepburn Springs. 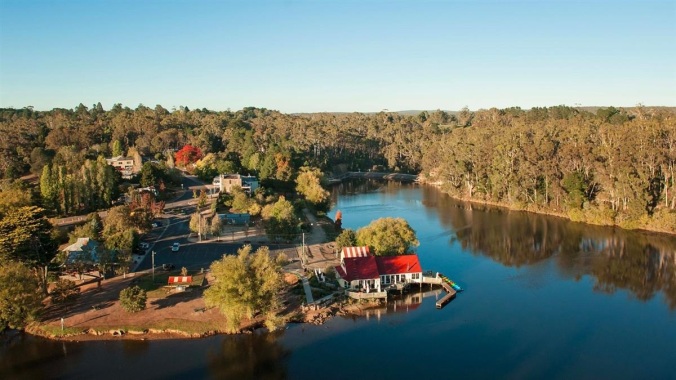 Daylesford these days is better known as the Spa capital of Australia. It has long been renowned as a place to ‘take the waters’ and now features the Hepburn Spa complex and walking trails with many springs to sample the mineral waters on your way. (The Hepburn Mineral Springs Reserve is a 30 acre reserve surrounding the Spa Centre. It is heritage listed.)

It is also famous for the simply stunning buildings, its streetscape and the rolling hills, surrounding the extinct volcano – Wombat Hill, which overlooks the twin townships of Daylesford and Hepburn Springs.

In many ways it is a challenge to maintain the historical character of the precinct yet still facilitate the needs of the regular stream of tourists and the local population. From the early 1990s, the local Hepburn Shire Council has received royalties on all mineral waters sold on to beverage companies in Australia. The majority is bottled in Melbourne. The funding then available has been used to develop the new Spa complex and other tourist related facilities. 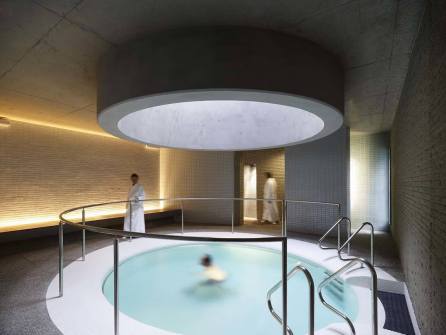 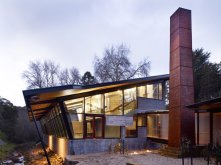 In 1864, the local population determined to protect the mineral springs from mining. The migrant populations from Italy, Germany and England rated the mineral waters ‘more valuable than gold’. A bathhouse was constructed in the 1890s. It has been remodelled several times. It was mainly the efforts of the ‘Swiss Italians’ that saved the springs for posterity.

The most recent remodelling was completed in 2008. From what was effectively a rundown, red brick facility, a mix of Federation, Edwardian and other influences, constructed in the early part of the twentieth century, the Hepburn Bathhouse and Spa is now housed in a thoroughly modern complex, offering hydrotherapy, massage and beauty therapy. It is a tasteful extension and renovation that acknowledge the past yet provides the comforts of the present. The new development cost over $13 million.

For this week the other location to be visited is ‘The Convent Gallery’ or to give it its proper title ‘The Holy Cross Convent and Boarding School Brides of Christ Convent’.

Purchased by the Catholic Church in the 1880s as a presbytery for the local priest, it was originally built back in the 1860s as a private residence for the Gold Commissioner. It was disparagingly referred to as ‘Blarney Castle’ at that time. 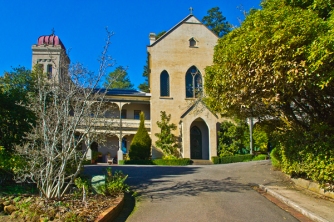 From the 1890s, the church expanded the complex to accomodate nuns and boarders – opening in 1892 with building continuing through until 1927 including the new North Wing and substantial chapel. The accommodation wing was three storeys with an attic. No heating was provided and with massive costs in upkeep, the nuns moving to alternative accommodation, by the late 1970s the building and its gardens were derelict and neglected.

In 1988, it was purchased by a well known local artist and ceramicist Tina Banitska. It was reopened on March 31st 1991 as the ‘Convent Gallery’. Since then there have been further rounds of renovation to the buildings and grounds that add new life to the original grandeur. These include two major glass fronted function rooms, a penthouse suite and the ‘Altar Bar and Lounge’.

Externally the building retains its strong Victorian architectural features. Sitting high on the slopes of Wombat Hill, it provides panoramic views to the north and west of Daylesford town and Hepburn Springs. It houses several individual Galleries, a large retail area, a café, the two function rooms and the penthouse suite. It also retains four tiny ‘nun’s cells’ – the original nun’s bedrooms. Perhaps a reflection on the very frugal and harsh past. 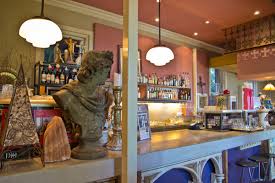 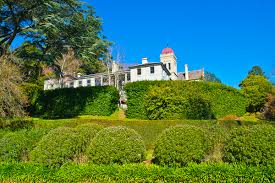 It is a real celebration of Art History and Culture. We thoroughly recommend a quiet drink in the ‘Altar Bar and Lounge’ and a toast to the former Archbishop of the Melbourne Diocese, Archbishop Carr. He envisioned the place to become ‘a source of light and edification’ back in 1891. It may well have taken over a hundred years to materialise, but the Convent Gallery is certainly that now and well worth a visit. 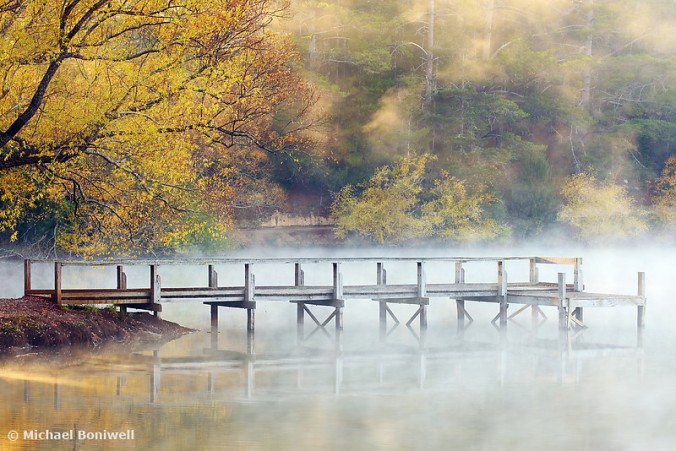 One thought on “Daylesford – The Enigma of Gold, Culture and the Healing Waters”